This month marks 20(!) years since the founding members of King Bee first got together. To celebrate, we’re releasing a free 26 track album titled “for Posterity” , a collection of unreleased tracks, demos and live recordings aggregated for the sake of… There’s lots of stuff in there going back to our first recordings in the late 90’s. Honestly, we almost lost a hard drive with all this stuff, so we decided to release it before it could be gone forever, warts and all. The download includes individual track images that were also previously unreleased. Hope you all enjoy, and thank you for lending your ears all these years.

At this point it’s been a bit over 2 years since King Bee has been defunct (officially or not). The remaining friends pondered on what to do with the last album. It’s been shelved ever since. At this point, who gives a fuck, right?… Here it is, in all it’s glory… The Deer and The Bear.

RED Camera is one of the premiere cameras for indie and established filmmakers alike, and has been used to shoot some amazing films such as Girl with the Dragon Tattoo, and many more. Our track Down and Crow was selected as the soundtrack to a demo reel for RED’s flagship camera, the EPIC.  And for those of you looking to download Down and Crow, thanks for stopping by!  Download here.

Check out the amazing footage…

Our comeback show on May 7th @ the Stage was awesome! Thanks for spreading the word and coming out. Gonzo Jones from NYC killed it and we followed with 90 minutes of Rock n Roll. Tony Landa of Humbert fame stopped by to take some great photos as did Chris Lazaga who also wrote a great article. Links after the jump…

Back in January, local blues rock crew King Bee was partway through recording its fourth album and set to hit the road for a full national tour. But then founding member and lead singer Angel Suarez suddenly quit.

“Angel felt like he couldn’t handle the workload that’s coming our way,” bass player Jaime Abigantus explained in an interview with Crossfade. “Now we’re going to become a real band on the real road in the real world. His dream come true became his worst nightmare.”

After years of slogging though the South Florida club scene and painstakingly building its rep, King Bee had reached a breakthrough moment, only to watch Suarez walk away, and see all progress slow to grinding halt. It was disheartening.

But immediately, the band began its search for a replacement. “We have songs, music, a full touring schedule, a studio, lyrics,” Abigantus said. “We just need a guy to sing ’em … We’re looking for a guy who can sing songs, who’s not into wearing tight clothes and skinny jeans,” he joked.

Ultimately, it took a few months, but King Bee eventually found an appropriately anti-metrosexual singer. His name is Vic Kingsley. He doesn’t wear ill-fitting pants. He’s got a nice full beard. And any SoFla music observer will know him for his solo work, collaborations with Fernando Perdomo, and even his activism on behalf of Neil Young’s Bridge School.

“I had just moved back to Miami and was looking to start a group, so I texted Jaime at around 3 a.m. and just asked him if I can audition, the rest happened pretty quickly,” Kingsley explained in the band’s official announcement. “For me, I felt and feel as if I joined the best band in town.” 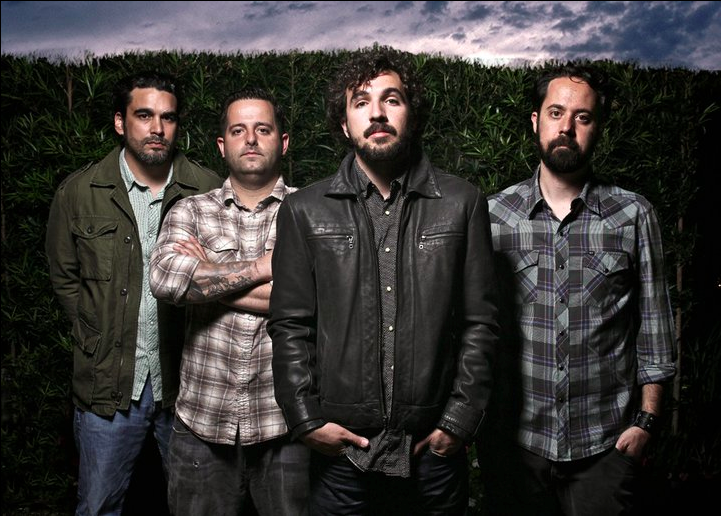 The Miami New Times wrote an article about Angel’s departure. The text below was taken from this link.

Commonly known as Miami’s most underrated band among local music insiders, King Bee has been a finely tuned and respected enigma for years.

These bearded rock ‘n’ roll workhorses have put out three albums with a fourth on its way. They have an award-winning video, a brand-new booking agent, and a national tour scheduled. What they don’t have, however, is a lead singer.

It seems the face and voice of the band, Angel Suarez, has decided to move on. So Crossfade sat down with bass player Jaime Abigantus to discuss King Bee’s future, past, and present.

Crossfade: How did King Bee get started?

Jaime Abigantus: We were founded by Angel Suarez, our former lead singer. We all first met each other out of high school and started as a band called King Waters.

You guys have been such an established band for so long now. Why the sudden change in singer?

Well, Angel felt like he couldn’t handle the workload that’s coming our way. Now we’re going to become a real band on the real road in the real world. His dream come true became his worst nightmare all at the same time.

What effect has Angel’s departure had on the band?

Things have really been moving forward. We’ve built up some steam, and this is obviously coming to a grinding halt now. We are a part of the Monster Nature [booking agency] family out of Orlando now. Jesse Flossoff is booking our shows and had a nice tour set up for us that was working out fantastic. All the ducks were in a row and now we have to stop that for a little while till we find someone that fits the bill.

Because we’ve grown up since then. In 2002, there were no worries or responsibilities in the world. And now there is. It became a little frightening, the reality of raising kids on the road.

So now you’re looking for a new singer?

Yes. We have songs, music, a full touring schedule, a studio, lyrics … We just need a guy to sing ’em.

What kind of a singer are you looking for? This seems to be kind of a specialty kind of job.

We’re looking for a guy who can sing songs, who’s not into wearing tight clothes and skinny jeans.

Well, you wouldn’t have wanted Angel to wear tight clothes anyways, would you?

No. [Laughs] We never had to have that talk with him.

Think you guys can keep doing well in Miami? Or do you think you need to tour to survive?

Tour to survive. We’ve been in Miami long enough to know that … This is Miami.

Any plans for a spinoff band in the meantime? The fun part of that is coming up with new band names.

Is King Bee gonna put out the new record you just recorded with Angel now that he’s not your guy?

I think that all our heavy decisions are reserved for when we find a new singer.

King Bee’s latest EP “HOWL” was voted into the the Top 10 releases of 2009 according to Dan Sweeney of City Link Magazine, part of the Sun Sentinel.
Read the article here. 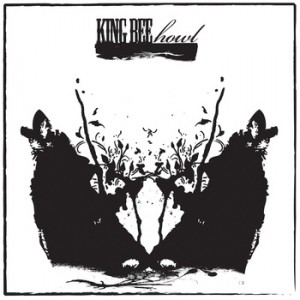 Immediately available for public consumption, King Bee’s HOWL EP is now available as a free download. HOWL is a 4-song EP consisting of the heavier side of our forthcoming album tentatively titled THE DEER AND THE BEAR. Click here to download your copy of HOWL.

From a recent article by Erica Landau of the Miami New Times:
“…masters of the subtle build-up, hitting their stride with wail-out sessions that creep up faster than you can say crescendo.”